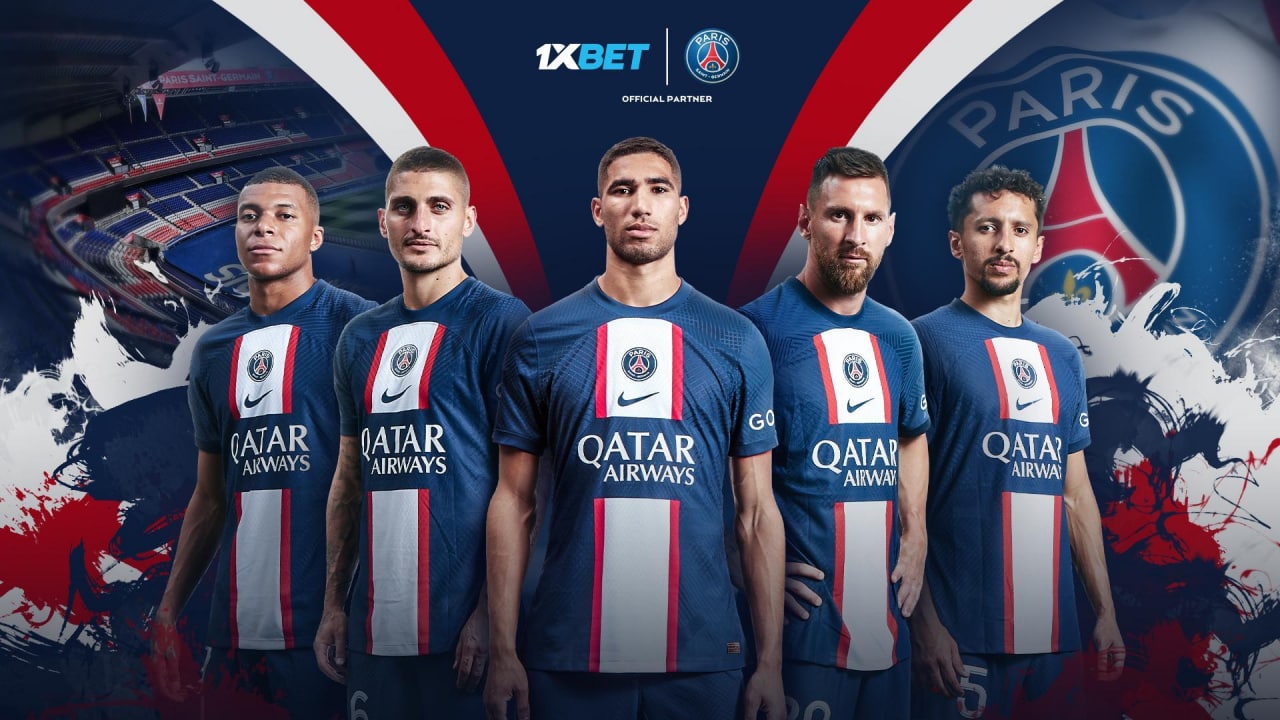 International betting company 1xBet and the French football club Paris Saint-Germain have signed a partnership agreement for the next three seasons.

International betting company 1xBet and the French football club Paris Saint-Germain have signed a partnership agreement for the next three seasons.

On the 1st of July 2022, 1xBet became an official regional partner of the Parisian club in Africa and Asia, extending to other regions from the following season onwards. In these territories, they will roll out marketing campaigns featuring the PSG men’s professional football team.

Fans can already enjoy the first benefits from the partnership between the 10-time French champions and one of the leaders in the global betting industry. The parties have launched a special website ” https://1xpsg.com/ ” where users can find a promotional code that gives new players the opportunity to receive a boosted welcome bonus.

“We are delighted to welcome 1xBet as a regional partner of Paris Saint-Germain,” announced Marc Armstrong, Chief Partnerships Officer at Paris Saint-Germain. “1xBet is well established in continents where the club has a great many supporters. 1xBet is an ambitious stakeholder in the world of online sports betting and, by collaborating with Paris Saint-Germain, hopes to consolidate its position as a leader in many countries.”

“Paris Saint-Germain is one of the world’s most popular football clubs,” added Alex Sommers, spokesperson for 1xBet. “We share a desire to succeed in all fields and to offer fans a brand-new, enriched online betting experience.”

1xBet is one of the world’s leading bookmakers, operating directly and via its franchise partners in more than 50 countries across Latin America, Europe, Africa and Asia, employing thousands of staff.

1xBet is a world-famous betting company with over 15 years of experience in the industry. The brand’s customers can bet on thousands of events in over 60 sports. Plus, the company’s website and apps are available in more than 60 languages.

1xBet cooperates with well-known sports clubs and organisations – FC Barcelona, ​​FC Lyon, Italian Serie A, AFCON and others. In addition, there are popular esports organisations in the 1xBet partnership portfolio, including MIBR, Team Spirit, K23, and OG Esports. The bookmaker has repeatedly become a nominee and winner of prestigious accolades, including awards from IGA, SBC, G2E Asia, EGR Nordics Awards and others.

PSG is one of the most decorated clubs in France and the most successful in the 21st century. The team regularly reaches the final rounds of the Champions League, and in the 2019/20 season, it became a finalist in the most prestigious club tournament in Europe.

Some of the best players in the world play in the Paris club: 7-time winner of the Ballon d’Or Lionel Messi, the most expensive player in the history of football – Neymar, world champion French National squad member Kylian Mbappé and many others.

CLICK HERE TO REGISTER AN ACCOUNT WITH 1XBET NOW AND GET A FREE DEPOSIT BONUS OF OVER N50,000 , GOODLUCK.